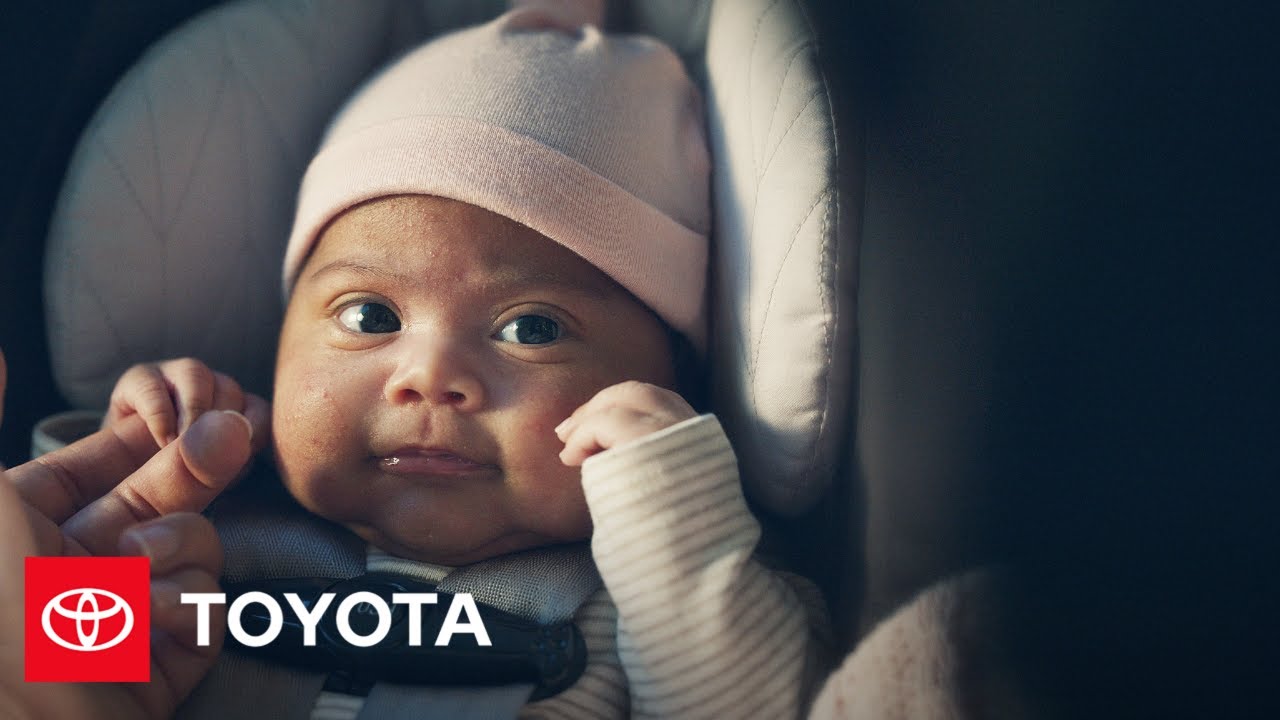 Launched Monday, Oct. 3, and slated to run through February 2023, the brand campaign celebrates special moments within the chapters of people’s driving lives. The campaign comprises seven broadcast commercials developed by using Toyota’s long-standing Total Toyota (T²) marketing model, fully considering the transcultural mainstream audiences across America. This cohesive marketing approach, which is inclusive of multicultural marketing and the total market model, delivers to the audience the qualities that make Toyota the brand it is today.

“We’ve created varying degrees of brand work in the past that helped build familiarity with Toyota”, says Lisa Materazzo, group vice president, Toyota Marketing, Toyota Motor North America. “But this is the first time we’ve created a campaign of this scale and type that is supported by dedicated work from all four of our advertising agencies.”

The commercial “A New World,” for example, tells the story of a couple heading home from the hospital after having a baby. The mother and baby are in the back seat of a Toyota Sienna while the father drives and takes in the busy world — full of opportunity — that surrounds them. The people featured in the spot are an actual family, not actors, so the story feels authentic to the campaign’s message.

Adventures Around Every Corner

While Toyota aims to encourage others to pursue their dreams — to “go places” — the campaign creative challenges people to think differently about the tagline. Sometimes, it’s about the physical destination and the journey.

“Not Yet” captures the determination and collective spirit that is taking this specific group farther and farther, illustrating how Latinos push forward and never give up on their goals. The social media portion of “Not Yet,” features a diverse group of influencers including Katya Echezarreta, a real-life engineer and the first Mexican-born woman to travel to space, who shares their inspiring stories of perseverance and determination with Latinos to encourage them to keep pushing forward because together they can go further.

“Training Wheels” follows a young boy through his adolescence as he learns to ride a bike, swim and fly an airplane. Along the way, he is encouraged by other trailblazers in his community to be fearless and try new things. At the end, he’s seen earning an award of his own.

“Most Toyota campaigns are vehicle-focused, highlighting individual vehicle attributes,” says Materazzo. “This brand campaign is designed to complement our vehicle-specific advertising through storytelling that represents our brand beliefs and identity.”

For example, the Toyota Highlander is featured in the opening scene of “Move to Your Own Beat,” but a young woman starting a new journey is the main focus of the spot. The woman is first seen in a lab coat, loading a box containing a stethoscope into the trunk of her car. Next, she’s in a dance studio learning traditional Indian dances, pushing forward despite injuring herself in practice. Finally, she’s performing in an elegant dance studio, not just in a solo performance, but with a group of thankful students seen dancing alongside her and recognizing her accomplishment.

“Never Settle” isn’t Toyota’s first brand campaign, but it is the first of this scale and structure. The fully integrated T² campaign will extend across high-profile prime and sports TV programming, cinema, digital video, digital content and paid social.

A brand campaign helps remind people about the important qualities and values behind the Toyota brand. This is a broad-reaching campaign meant to reignite enthusiasm among current Toyota fans and use special moments to make a positive and meaningful connection with those who aren’t yet part of the Toyota family.